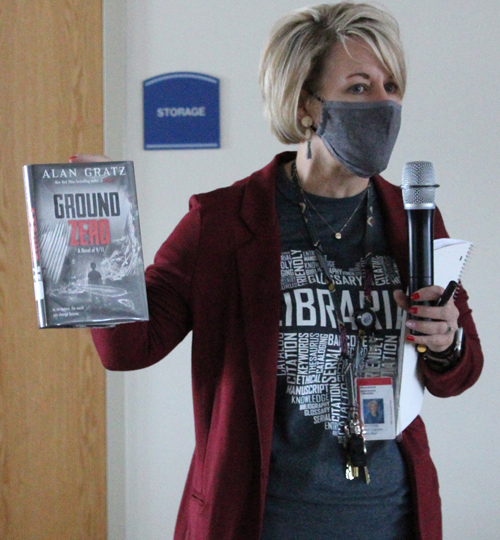 A popular children’s author held a virtual conversation with Chanute Elementary fifth graders Thursday morning about his latest book that covers 9/11 and the war with Afghanistan through the eyes of two adolescents.

Author Alan Gratz’s book, Ground Zero, was released this week, nearly 20 years after the terrorist attacks on the Twin Towers and the Afghan War that began a few months later.

On Sept. 11, 2001 he was teaching in a Tennessee school and his class was just getting started when they heard the news that a plane had hit one of the Twin Towers.

This was before Twitter, before Facebook, but not cell phones, he told those in the CES cafeteria. His school assembled students in the gymnasium and wheeled in TVs on carts for the students to watch blurry images of a tall smoking tower burning. Everyone believed they were watching an accident until they saw a second plane hit the second tower. 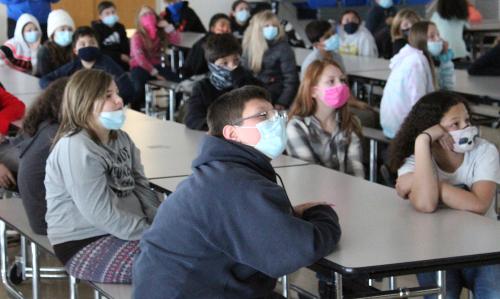 The students asked a lot of questions that day about why it happened and who would do that. That confusion became a large part of his book, Gratz told the fifth graders.

“When the two towers collapsed two hours later, all we knew was that nothing would ever be the same,” he said. It was the single deadliest terrorist attack in history with 2,977 people dying in the attacks and another 25,000 injured.

Gratz’s book, Ground Zero, tells what went on inside the Twin Towers from the perspective of a boy who went to work with his father that day on the 107th floor of the World Trade Center. Across the ocean, a young Afghan girl living in a rural hillside is torn by a different dilemma. When a battle erupts in her village, Reshmina finds a wounded American soldier. Her family tends to the soldier’s wounds, but her brother runs off to tell the Taliban soldiers. 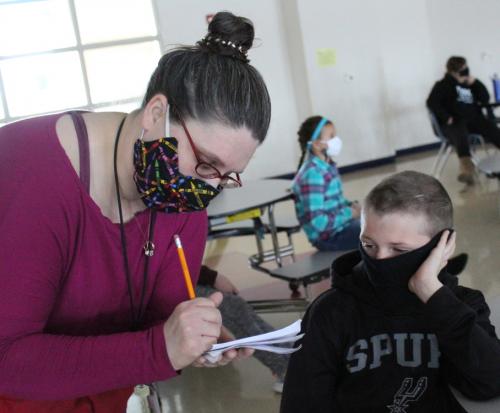 Gratz doesn’t give away the story, but answers questions.

CES librarian Shannon Sommers and teacher Halsey Wright circulated among the students, writing down their questions and then typing them into the computer. The students watched the overhead screen to see the questions being asked and listen as Gratz replied as how he conducts his research, how long it takes to write a book and get it published and what he’s working on now.

Sommers, who arranged for the virtual visit with Gratz, told the students that she has all of Gratz’s books in the school library, which are popular among fourth through eighth graders.  She told the students they can use the library’s circulation system to put a hold on any of his books they’d like to read.