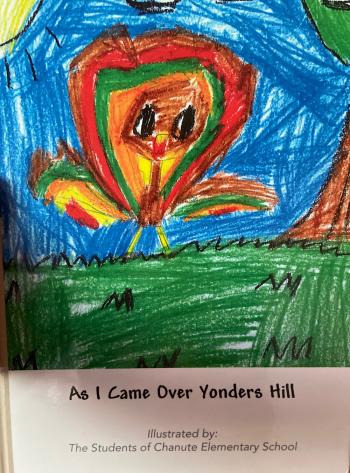 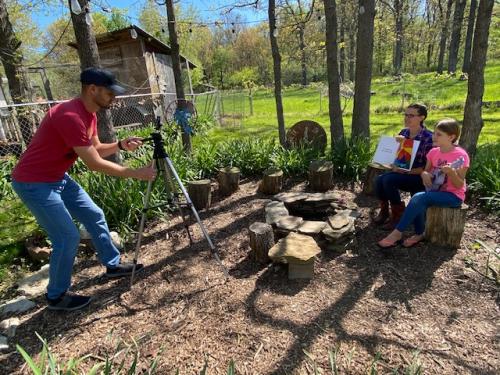 Music teacher Mendy Burnett announced this week that she is sharing the Song Tale that students created through a video she made for her K-2 virtual lessons this week.

The Song Tale project was something she’d used years ago when teaching overseas, but hadn’t figured out strategies to adapt it to a large school with so many students. Last fall she did some research and found a folk song with many verses that would be appropriate to create a book.

“I chose As I Came Over Yonders Hill which is the story of a man who goes on a turkey hunt and the conversation that occurs between him and the turkey,” Burnett said. “I taught the students the song at an all-school assembly and then invited the students to create artwork to go with it.”

CES teachers supported the project and gave the students time to create artwork during class. Then the art teachers and Burnett met to sort and select student pieces that best illustrated the song. At her December concert, the third graders sang the song while the artwork was projected onto a big screen.

The project became a book when Burnett received a grant from the Friends of Chanute Library.

“The grant not only allowed me to purchase the Song Tales series to use in my classroom, but also allowed funds for me to create and print the book 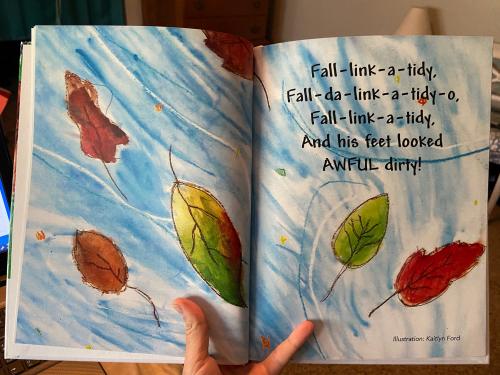 with the student's artwork,” she said.

Four copies were printed, one for the two libraries and one for each CES music classroom.

“It is so exciting to combine several things I love: kids, books, art, and of course music,” Burnett said. “I'm hoping that this will become a yearly project and that students will someday be able to share their book and artwork in the library with their own kids.”

The original series of books called Song Tales were created by Dr. John Feierabend, who researched a folk song and asked an artist to create illustrations. He published the work in a book for children to read and sing along with.