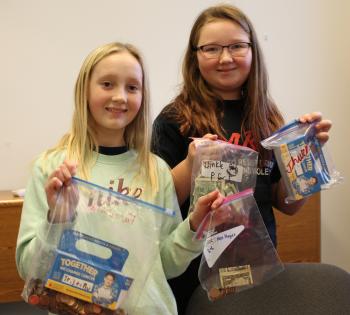 In three weeks, Chanute Elementary students worked together to raise $2,200 for the Leukemia and Lymphoma Foundation and its patients who are fighting cancer. 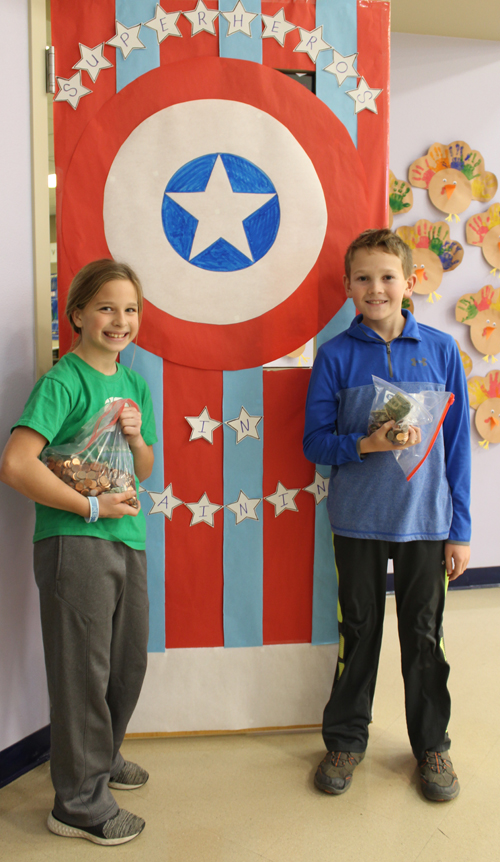 “I am in complete awe of what our school came together and accomplished,” said CES Assistant Principal Brooke Wire, who sponsors the Fifth Grade Leadership Team that organized and carried out the Pennies for Patients campaign.

Wire said she was “so proud of our students for such selfless acts of caring and giving, especially during this holiday season of thankfulness and giving.

The leadership team distributed campaign materials to each classroom, as well as boxes for each student to take home and collect donations of loose change. The team members collected the coins each Friday and prizes were awarded to the top two classes with the greatest donations.

Mrs. Beam’s first grade class brought in $92.51 and earned a Snack Party for raising the most money.

Mrs. Finley’s fourth grade class brought in $58.56 and was awarded an extra recess for bringing in the second best total.

Mrs. Luebbering's first grade collected $83.12 and were awarded lunch in the classroom with a principal of their choice.

Mrs. Smith's first grade collected the most with $178.01 and arrangements are being made for a bowling party.

Mrs. Holmgren's first grade was a close second with $162.72 in donations. They earned a root beer or pop float party. 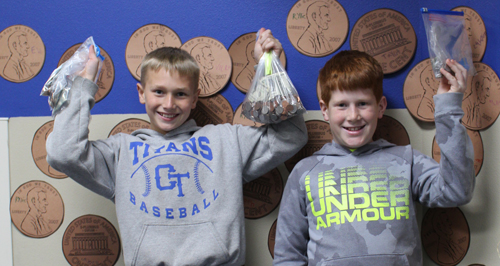 Wire thanked everyone for their patience throughout the campaign, as well as their caring and generosity.