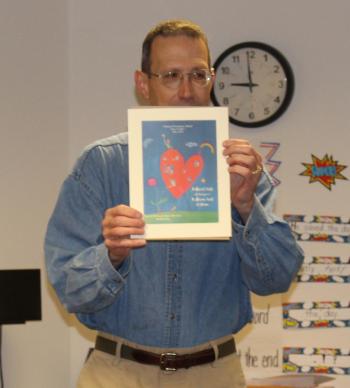 Chanute Elementary students more than doubled and tripled the number of pop tabs they collected in a fundraising event the Fifth Grade Leadership Team organized for Ronald McDonald House Charities.

After three weeks of collecting pop tabs in school classrooms, the students filled two giant barrels to the brim with 344 pounds of metal. The tabs were picked up and recycled by Gericke Iron and Metal who also contributed to the cause. The proceeds allowed the students to turn over a check for $161 to Alan Lubert, community relations manager for Ronald McDonald House Charities in Kansas City.

Lubert asked the fifth graders if they understood how their donation would benefit other families. 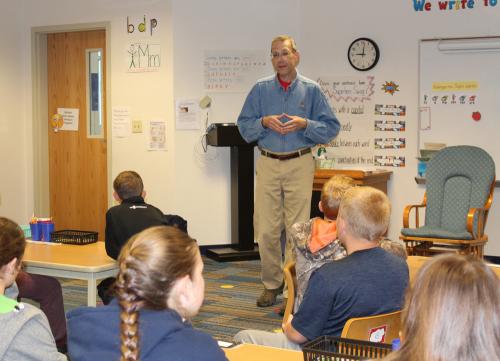 Many communities in Kansas do not have a local hospital, Lubert said. When a child has a medical emergency, they may have to travel some distance to get help.

“Most of our families here have never been in Kansas City before. They have no family here and they’re far from home,” Lubert said. “Our job is to provide a home for families. We provide a home away from home that is safe, comfortable and affordable.”

Even a community like Chanute is too far for parents to drive to and from the hospital every day while their child is sick, he added.

Lubert told a story about a pregnant woman whose unborn child had a heart defect. When the mother gave birth, the baby went directly into surgery so doctors could repair the heart. That mom and family stayed at Ronald McDonald House for 56 days, while the baby underwewnt several surgeries.

”That is one example of the kinds of people we see every day," Lubert told the students.

The annual budget at Ronald McDonald House is $4 million every year. The recommended payment for families to stay with them is $10 per night. 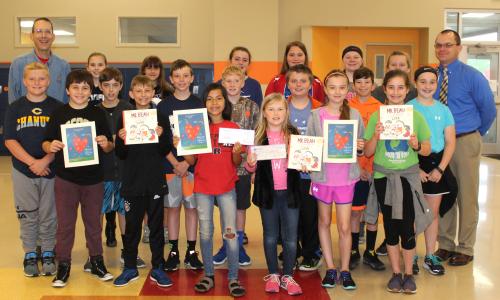 “It’s important to realize that the money you raised will allow someone to stay there a little over two weeks,” Hoops said, “without having to worry about paying the bills.”

“We could not do it without friends like you here at Chanute Elementary,” Lubert said.